Dupont, Monsanto, and Obama Versus the World’s Family Farmers 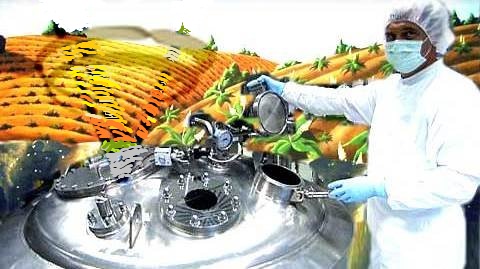 The Obama administration has indicated a shift in US development policy from “food aid” (dumping our excess production overseas) with “food security” (improving food production in foreign countries). This would be great for world’s family farmers if Obama’s plan were to ensure their access to clean water, arable land and diverse, locally adapted plants and animals. Unfortunately, President Obama seems set on replacing the bags of wheat, rice and corn with bags of pesticides, fertilizers and genetically engineered seeds.

There are now 1.02 billion hungry people in the world (nearly 50 million in the US). At the same time, there are 1 billion people who are overweight, many of whom are obese and suffer from diet-related diseases that can be as deadly as starvation. Hunger and obesity are not the result of low yields, they stem from the overproduction of toxic junk food, the scarcity of healthy organic food, and injustice in the way farmland and food are distributed.

While many of the world’s leaders discussed the food crisis at a UN Food Summit in Rome (November 13-17, 2009), farmers, who were not part of the official delegations, took part in demonstrations outside the Food and Agriculture Organization (FAO) headquarters and met at an alternative forum, People’s Food Sovereignty Now! The 642 participants (more than half women) from 93 countries represent the more than 1.5 billion family farmers who produce 75 per cent of the world’s food. Here’s what they had to say:

14 responses to “Dupont, Monsanto, and Obama Versus the World’s Family Farmers”