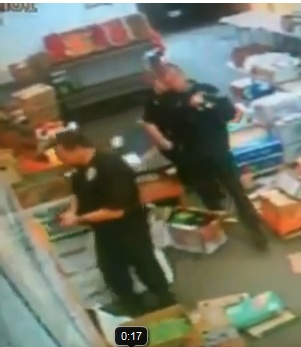 Acting on behalf of milk monopolies, the FDA has targeted a small dairy in Missouri after questionable test results. You can sponsor a $5 pound of cheese, in the Un-Cheese Party, to keep the operation alive while it pursues its legal remedies.

A few months ago, Morningland Dairy in Mountain View, Missouri had cheese confiscated in the Rawesome Food Club raid. Read the story about both here. The raid on Rawesome was conducted by inspectors with GUNS DRAWN (see the video of the security cameras at Rawesome here).

Since then, Morningland Dairy has been visited by FDA and the Missouri Milk Board, and have been ordered to destroy all their cheese, some 8 months work, the value is close to $250,000.00. Please read about all of that here (work your way up from the bottom of the page).

There are several families involved in the production of the cheese and at the dairy. These families have lost their wages since August 26th. Morningland was forced to dump all of their milk for nearly six weeks and cannot make or sell product at all.

“On August 24th, fifty-five days after the cheese from Morningland Dairy was seized by agents at Rawesome, the California Department of Food and Agriculture (CDFA) tested the cheese and reported that they ‘detected’ listeria monocytogenes and staph aureous in two cheeses. The CDFA then reported this ‘detection’ to the Missouri Milk Board and the Food and Drug Administration (FDA).”

She notes that the CDFA recorded no batch numbers or “codes, which would tell the Plant Manager the dates of the batches.” The only documentation authorities provided to Morningland was a photo of cheese bearing their label. No one has reported any illness from Morningland’s products, but the FDA — acting outside its authority — issued a press release announcing a nationwide recall, notes Hannes.

Morningland has been consulting with legal counsel this week. They have no choice but to either close down or go to court and hope for justice. Somewhere we, consumers of wholesome foods, must draw the line in the sand or we are going to find ourselves eating nothing but dead, GMO laden, irradiated “food”.

Sometime, we have to stand up for what is right. We have an opportunity here to do something, to make a difference, to send a real message to FDA that we have a right to the food we want to consume in spite of the fact that they say different. [Full story here; FDA brief here.]

What I’m asking you do to is to make a donation to Morningland Dairy via an Un-Cheese Party. Since the cheese is under embargo, it cannot be sold or moved. But you can sponsor a 5 lb block. The price per pound for the cheese is $5.00. This fund will soon be converted to a full legal defense fund.

You can paypal a donation for as many or as few pounds you’d like to sponsor to: morningland@centurytel.net. Or visit the Un-Cheese Party website.

If Morningland does nothing, they will be put out of business and may also, because they are a dairy farm as well, be subject to frequent and continuing harassment by FDA and the Missouri Milk Board. They must go on the offensive.

I ask you to read through the links above and then click this last link, which will bring you to a not-very-fancy page with instructions for making a donation via PayPal or through the mail. Morningland really needs your help to be able to afford legal council. It’s not just about cheese, it’s about your right to eat foods of your choice.

31 responses to “FDA shuts down Morningland Dairy on undocumented test”