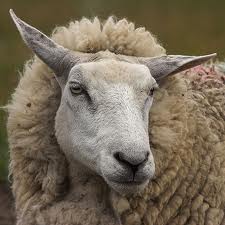 Epoch Times noted: “Under provisions in CETA [Comprehensive Economic and Trade Agreement], using saved seed could result in a farmer’s land, equipment, and crops being seized for alleged infringement of intellectual property rights attached to plant varieties owned by corporations such as Monsanto, Dow, Syngenta, and Bayer.

“It includes the freezing of bank accounts too, so you couldn’t even defend yourself in court. And this is for alleged infringement,” says NFU president Terry Boehm. …

“These are the most draconian measures possible and they would literally create a culture of fear in the farm population where, I think, that ultimately farmers would end up buying seeds every year for every acre just to avoid prosecution or the threat of prosecution.”

The biotech industry is facing exposure of the health dangers of GMO/pesticide dependent crops, of attacks on scientists (even armed ones), and GMOs’ poor crop performance across different crops, public outrage at no labeling of GMOs, media scorn at its humiliatingly poor science, and falling stock value. Is the industry now attempting an end run around all this, by trying to criminalize and thus end normal (organic) farming – its increasingly sought after, healthy, higher-performing competition?

Given the “draconian property rights enforcement measures” the biotech corporations wish put into effect through the Canada-EU free trade agreement, one might wonder.

US farmers face the same assault by their own government on behalf of agribusiness and the biotech industry. S 510, a “food safety” bill waiting for the Senate return, would put the US fully under the WTO and thus harmonize with CETA. It is replete with means to do to American farmers what the EU/Canada CETA plan would do to Canadian ones – and potentially more, including surreptitiously arranging to criminalize agricultural water, manure, essential farming equipment, and seed storage.

“Nothing in this Act (or an amendment made by this Act) shall be construed in a manner inconsistent with the agreement establishing the World Trade Organization or any other treaty or international agreement to which the United States is a party.”

The significance of those words in S 510 is that they would end the Uruguay Round Agreement Act of 1994, which put US sovereignty and US law under perfect protection. Under S 510, US law would become subservient to the WTO, a corporate organization. Votes in the US would not matter. The decisions on food, energy, health, resources, and US economic policy would be made the very corporations responsible for contaminating food, oil spills, dangerous drugs, theft of common resources, and destroying the economy.

The enforcement powers created by S 510 (assuming it resembles other “food safety” bills) would be unlimited and apply to everyone in the country who “holds” food (does anyone not?).

S 510, a “food safety” bill, would (using sections from other food safety bills) set up a corporate court outside the constitutional court system. The expectation is that it would be run by Monsanto, just as “food safety” at the FDA is now, with Monsanto involved at every level. It would exist without Congressional oversight, with unlimited and unspecified remedies, “in addition to, and not exclusive of, other remedies that may be available,” and without judicial review over even “the validity and appropriateness of the order …”

That upturning of all sense (orders that don’t have to be appropriate or valid) is a window into the extremity of power being sought by the corporations through S 510. That power would include total discretion to punish anyone they may wish. And in removing appropriateness and validity, their orders would not have to relate to food at all and could be used against anyone, applying any form of “remedy” they desire. Nothing whatever is excluded.

The merger of corporate and government power is defined as fascism.

“LIMITATION ON REVIEW– In a civil action under paragraph (1), the validity and appropriateness of the order of the Administrator assessing the civil penalty shall not be subject to judicial review.

[Unless someone has died from a food related issue, which would put the case into a real criminal court, everything else would be “dealt with” as a civil penalty. S 510 includes long prison terms for mistakes in paperwork and “labeling” (to be defined at the discretion of those in charge), and from the leaked EU/Canada trade plans, seizures of farmers’ crops and equipment and freezing of bank accounts are clearly sought.]

“Remedies Not Exclusive- The remedies provided in this section are in addition to, and not exclusive of, other remedies that may be available.”

While not listed as a civil “remedy” but treated as disease prevention, slaughter of their animals is another Orwellian measure within S 510 which goes well beyond seizures to military arrangements with the DOD and DHS. They would come onto farms and slaughter normal animals if any disease outbreak is announced, regardless of harmlessness. “Valid and appropriate” do not matter.

If you doubt this, consider all the raids on private food arrangements, where no contamination was found, or where the contamination was miniscule. All product has been seized or ordered destroyed, though no one became ill. S 510 would grant the FDA even more power than it already has.

This is not a “food safety” bill, as even a short overview of S 510 makes clear.

S 510 offers numerous ways for corporations to get rid of farmers and take their land. The astounding falsity of forcing farmers (or anyone with a farm animal) to sign onto a international contract in which they lose their rights to their property is transparent. Taking global coordinates of the size and shape of farmers’ land and feeding them into a corporate data bank, has nothing to do with tracing animal diseases. Farmers’ addresses are known.

But the USDA lie about wanting to stop animal diseases grows especially repugnant when one with awareness that the USDA is actually working against the vehement protests of cattle ranchers, to import potentially diseased animals from Brazil and to transfer an off-shore animal disease lab to Kansas, the heart of cattle country and the most tornado prone state in the country, while it’s well known that it was lab leaks in the UK which led to the slaughter of millions of cattle, whether ill or not.

Such mass slaughter of animals is structured by S 510 and is yet another gift to the biotech industry for without the extermination of normal animals, their investment in GE-animals and GMO meat is worthless.

The corporations, faced with public upset at ravages of industrial agriculture and the contaminated food coming out of it, are using fear of food, fear of minor animal diseases (including a faked H1N1 pandemic still promoted by government agencies), and lies and fraud to try to eliminate real farming in the US and to facilitate the theft of all US farmland.

The greed and hubris of S 510 pales in comparison to its unconstitutionality and danger to life.

The grassroots are saying no to S 510, each in their own idioms, whether by referring to the Constitution or to the Founding Fathers and to rights or to patriotism. Across the political spectrum, people are coming together to reject S 510 on constitutional and human rights grounds, and the plans of those behind this extreme corporate bill.

The corporate attempt to end US farming and set up their own court system over all Americans far outstrips the destruction of jobs, the forcing of millions from their homes, Citizens United, and the Wall Street theft. Now, through S 510, the corporations seek to remove all bounds on what they themselves do, on what they can do to any who oppose them, and on what they can seize. And this is only on the food side.

The threats to health are as profound. S 510 would remove the long sought cure for cancer as well as cures for an endless array of diseases, by removing access to supplements (one in particular). S 510 would suppress a medical revolution poised to free mankind from all fear of disease, leaving the country instead at the mercy of a pharmaceutical industry with a disturbing history and recent threatening actions with vaccines.

With S 510, those behind GMOs, vaccines, and drugs seek to remove access to normal farming, normal food and to nutrition (health) itself. They are seeking total dominance over what sustains life and over people.

S 510 is not a food safety bill. What is it, then? Is it a corporate enabling act? Does it open the door to corporate control over all Americans, all food supplies and health resources, and all US farmland?

Canada’s National Farmers Union is demanding that the draconian trade plans with the EU be scrapped. Will groups here demand the same of S 510?