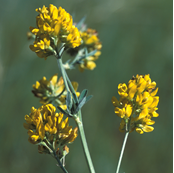 A federal agriculture standing committee vote to recommend the government implement a moratorium on commercializing genetically modified alfalfa has been postponed until later this month.

Liberal MP Wayne Easter says the committee was to vote on the recommendation, proposed by the Liberal committee members, at its meeting in Ottawa Thursday. But “the committee got derailed substantially.”

Easter says Conservative MPs disrupted the two-hour meeting and talked about procedural matters. There wasn’t adequate time to deal with the recommendation so they’re “hoping to get it back up on Tuesday (March 22).”

He says he’s disappointed but not surprised. “We need a debate on the motion not on procedure.”