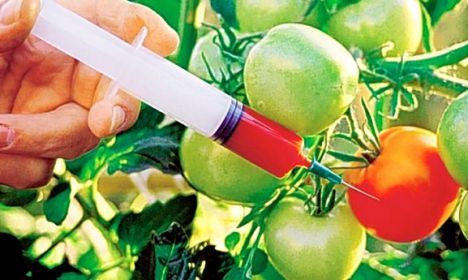 The seed, the source of life, the embodiment of our biological and cultural diversity, the link between the past and the future of evolution, the common property of past, present and future generations of farming communities who have been seed breeders is today being stolen from the farmers and being sold back to us as “propriety” seed, owned by corporations like Monsanto.

Under pressure of India’s Prime Minister’s Office (which in turn is under the pressure of the White House because of signing the U.S–India Agriculture Agreement) the States are signing MOU’s with seed corporations to privatise our rich and diverse genetic heritage. The Government of Rajasthan has signed seven MOU’s with Monsanto, Advanta, DCM-Sriram, Kanchan Jyoti Agro Industries, PHI Seeds Pvt. Ltd, Krishidhan Seeds and J.K. Agri Genetics.

While what is being undertaken is a great seed robbery under the supervision of the State, it is being called PPP – Private Public Partnership.

The MOU with Monsanto focuses on Maize, Cotton, and vegetables (hot pepper, tomato, cabbage, cucumber, cauliflower, water melon). It will in effect hand over to Monsanto millennia of breeding by farmers. The State will subsidize Monsanto’s breeding. It will allow Monsanto’s propaganda to replace extension by promoting “awareness building activities under Monsanto’s “gurukulam” training package with recommended package of practices for Rajasthan”. The State infrastructure will thus function for promotional activities of the companies. The private companies seed distribution will be based on “seed supply and distribution arrangements involving leverage of extensive government – owned network”.

Thus farmers’ varieties will be replaced by increasing “Seed Replacement Rate” – which in effect erases in one season million of years of evolution and thousands of years of farmers breeding. Instead of breeding and distributing public varieties, the state agriculture universities are acting against their public mandate and violating the public interst by facilitating the privatization of the seed supply.

Brainwashing by Monsanto based on “guest lectures by Monsanto’s global experts and scientists” is being labeled as “knowledge transfer”. Selling hybrids and then GMOs is being subsidized by using public land for “Technology demonstration farms to showcase products technology and agronomic practices on land made available by the Government of Rajasthan”.

Besides the handing over of seed and land, “Monsanto will be helped in the establishment of infrastructure towards the fulfillment of the collaboration objectives specified above through access to relevant capital subsidy and other schemes of the Government of Rajasthan”.

16 responses to “The Great Seed Robbery”