A National Response to Two FDA Armed Raids on Rawesome 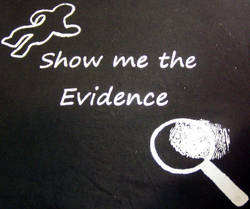 The two SWAT team raids ordered by the FDA on Rawesome, an organic food coop in LA, represent “food safety” come home to roost, in all its vulture reality.  First time, they used armed FBI; the second time, having faced such still resistance from non-resisting people, they multiplied their attack using armed LA police, Ventura County Sheriffs, the California Department of Ag and several other agencies.

People across the country are stunned and enraged, but most are not aware of the one small thing which has allowed this to occur.  To understand how key that little detail is, one must go back to how “food safety” got its power and how it works its magic.

“Food safety” was promoted by Bill Clinton during the 1990s in classic Monsanto language – it would be “science-based”!  Modern science could move beyond stopping contamination after the fact by being “preventive,” seeking out potential sources of contamination and eliminating them in advance.  Clinton urged implementing HACCP (Hazard Analysis Critical Control Points) ostensibly to deal with increasing contamination by the big meat packers.  But when one remembers Clinton was put in office by Tyson, one of the top meat packers, with some help from Monsanto and Walmart, something starts to smell.

It was sleight of hand.  “Watch the paperwork, folks, keep your eye on the paperwork! Are you watching?”  HACCP relies on a morass of rules, regulations and paperwork around pipes, temperatures, flooring, water sources, bathrooms, counter materials that is so huge and imposing and so “science-based” one has trouble noticing the one thing not included – the food itself.

HACCP eliminated inspection of the meat and substituted paperwork. The paperwork was so onerous for small operators and the system so shot full of traps (despite their producing clean food), that it shut down small slaughter houses across the country, an essential piece of any localized food system.

HACCP is applied intensely to small plants, notes John Munsell of the Foundation for Accountability in Regulatory Enforcement (FARE):

“USDA blithely walks away from obvious contamination problems at the huge slaughter plants, and we must remember that the biggest four packers slaughter 88% of our feedlot steers and heifers. USDA statistics show that 93% of federally inspected plants are small, yet they produce only 10% of our meat. This means that although the big plants represent only 7% of all Federal plants, they produce 90% of our meat. This agency policy now insulates 90% of our meat from adequate inspection, while the agency intensely monitors 10% of our meat production at the small plants, which are easier enforcement prey for USDA.”

HACCP really stands for “Have A Corporate Consolidation Party” and thanks to Bill Clinton, that is just what the big meat packers did.  Contamination and deaths went up; the number of slaughter houses went down.

Here is where Rawesome comes in.  The Monsanto “science-based” jargon has one aim: to remove the requirement for evidence, the basis of the rule of law.

HACCP was a “science-based” injustice that worked.  “Science-based” returned in gargantuan form when Hillary Clinton, candidate for president, urged a giant centralized food safety agency to control all food in theUS.  She didn’t win but Monsanto VP, Michael Taylor (to whom Bill Clinton had given free rein at the FDA to introduce Monsanto’s GMOs into the food chain), came in with Obama’s transition team when Obama appointed him (avoiding appointment hearings) Czar over food safety at the FDA.

Then corporate media treated the country to corporate contamination and malfeasance stories (muckraking corporations with a corporate aim in mind)  and the Democrats rammed through “science-based” control over all food and all farms in the US.  Presto! Michael Taylor, Monsanto VP, was in charge of the entire US food supply, with DHS and DOD available as backup.  This is a Monsanto that has hired Blackwater.

That agency is moving “science-based” to new heights.  Perhaps the FDA was not pleased with being slowed down in court by some judges looking askance at shutting down people whose goods were not contaminated, letting those people return home and sell those products.  In any case, the FDA wrote itself a rule (candy store time for corporations when they run agencies!) that allows it to seize food with no evidence of contamination.

Perhaps by now it is becoming apparent that evidence is key.

Monsanto has always played dangerously fast and loose with science, but with food safety, it has moved to eliminate it entirely.  The FDA need only have “reason to believe” something might be contaminated, might harm people, to move forward.  Sure, Monsanto has excellent reason to believe – their reason being profit, their belief being in their control of everything.

Monsanto designed “science-based” as a means to end any requirement for evidence (science) and to be rid of due process (law).  They are having a field day playing at protecting the country from raw milk.  Of course, it is the FDA and CDC which have kept from the public the connection between pasteurized commercial dairy products and Crohn’s disease for more than a decade, while they play out their dramatic, armed, multi-agency raid on decent people.

It is a raw milk farce since raw milk is allegedly responsible for one death in 62 years (and none in the past twelve).

But the law has been written to make evidence irrelevant.  Safe milk can be seized.  Its safety is not even at issue, all that matters is the FDA’s beliefs.  The law becomes a thug without rules of evidence.

Monsanto has now achieved turning the justice system itself into its own personal mafia.  Capone had to pay his men to rough up, terrorize, and shut down neighborhood places that competed with him.  Monsanto has the FBI, the LA police, the California Department of AG and the FDA to do that for them, and the media to promote it all.  Imagine if Capone could have had media saying the little guys being mowed down were a threat to Chicago’s health and that he was protecting the city.

It is both a little thing Monsanto removed, lost among the paper work, and a huge agency apparatus.  Evidence.  All that is needed to stop the FDA and local ag departments is to require just what the corporations removed – proof.  Scientific evidence.

To demand an evidence-based (that is “science-based”) law might not be something “science-based” Monsanto would get behind since its use of science is all PR while its actions are anti-science.  But for legislators to refuse to insert a requirement for evidence would be a bit awkward.  Besides which, legislators were likely taken in by the sleight of hand themselves, thinking a giant agency and millions of rules meant more safety, thinking they were helping their children.

FDA raids on natural food producers and distributors expose the iron fist in the gloved hand.

For those who appreciate the profound threat to access to safe food that the Rawesome raids expose, there is much that can be done to stop the monster grunting “food safety” as it destroys safe food.

1.  First and immediately, demand local and state legislators to insert into all health and food safety laws that nothing can be demanded of anyone, done to anyone, taken from anyone, or charged to anyone, without incontrovertible evidence of contamination.

2.  Demand a Congressional investigation into the travesty of food safety.  That would include Monsanto’s use of massive food safety powers Congress just gave the FDA to destroy safe food and terrorize people.  Congress must add a section into the Food Safety Modernization Act requiring evidence of contamination before the FDA can do anything to, ask anything of, bill anyone for, take, hold or seize anything from anyone. Congress must require prior evidence be acquired via due process (including warrants). The FDA must be stopped from declaring food contaminated without evidence indicating contamination.

The USDA, the same agency wantonly releasing GMOs into the food chain, has the audacity to use “food safety” to demand a “test and hold” period for meat, something that has no impact on the big packers but spells destruction for those selling fresh raw meat or fresh milk and leaves customers seeking raw food without any.  Here, too, there needs to be evidence of contamination before holding any food.  (Also see the GIPSA Rules discussion.)

In demanding evidence, people are demanding due process and the rule of law.

Mike Callicrate, cattleman and food activist, says, “The People’s agencies (FDA, USDA, etc.) both nationally and locally are doing the work of big agribusiness in eliminating good food alternatives…. Perhaps [the Rawesome Raid] will be the spark we need for a real food revolution!”

.
African Americans should recognize the clear parallel to the civil rights movement and see the severe threat now.  The most essential rights of all people – to health, to food choice, to private contract – are threatened by their own government in collusion with corporations. These rights, in being about access to food, are about our right to live and thrive.

The country is looking at a civil rights battle of a dimension and seriousness never seen before in history.

The production of and everyone’s right to safe food is being unconstitutionally criminalized through Monsanto-FDA’s “science-based” removal of evidence.

You can donate to Rawesome’s defense here.
Please also support the work of Food Freedom.