On February 24, Judge Naomi Buchwald handed down her ruling on a motion to dismiss in the case of Organic Seed Growers and Trade Assn et al v. Monsanto after hearing oral argument on January 31st in Federal District Court in Manhattan.  Her ruling to dismiss the case brought against Monsanto on behalf of organic farmers, seed growers and agricultural organizations representing farmers and citizens was met with great disappointment by the plaintiffs.

END_OF_DOCUMENT_TOKEN_TO_BE_REPLACED 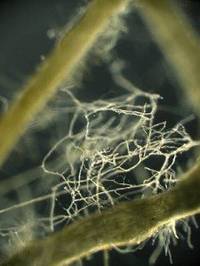 WASHINGTON, DC: The Cornucopia Institute, an organic industry research and watchdog organization, announced it has formally requested the USDA’s Office of Inspector General (OIG) to investigate corruption at its National Organic Program resulting in the use of illegal synthetics in organic food and then allowing powerful corporations to “game the system” for approval “after the fact.”